Erik S. Herron is the Eberly Family Professor of Political Science at West Virginia University. His research focuses on political institutions, especially electoral systems. Prof. Herron has traveled extensively in Eastern Europe and Eurasia, including a term as a Fulbright scholar in Ukraine and thirteen election-observation missions. He has published research in the American Journal of Political Science, the Journal of Politics, World Politics, Comparative Political Studies, Electoral Studies, and other journals, as well as two books: Mixed Electoral Systems: Contamination and Its Consequences (with Federico Ferrara and Misa Nishikawa) and Elections and Democracy after Communism.

Robert J. Pekkanen is Professor at the Henry M. Jackson School of International Studies, Adjunct Professor of Political Science, and Adjunct Professor of Sociology at the University of Washington. He received his Ph.D. in political science from Harvard University in 2002. His research interests lie in electoral systems, political parties, and civil society. He has published articles in political science journals such as the American Political Science Review, the British Journal of Political Science, and Comparative Political Studies, as well as six books on American nonprofit advocacy, Japanese civil society, and Japanese elections and political parties.

Matthew S. Shugart is Professor of Political Science at the University of California, Davis, and Affiliated Professor at the University of Haifa. He is a world-renowned scholar of democratic institutions. He is a two-time winner of the George H. Hallet Award, given annually by the Representation and Electoral Systems Section of the American Political Science Association for a book published at least ten years ago that has made a lasting contribution to the field. He won it first for his collaboration with Rein Taagepera, Seats and Votes (1989) and again for Presidents and Assemblies (1992, with John M. Carey). He has participated as an advisor on electoral-system reform and constitutional design in several countries, including Albania, Bulgaria, Colombia, Estonia, and Israel. 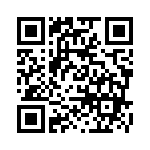