Richard W. Hazlett is a geologist and environmental scientist whose professional work has included detailed field studies of active volcanoes (in Hawai'i, Italy, Central America, and the Aleutian Islands), and the establishment of the Environmental Analysis Program at Pomona College in California,
where he also helped develop and manage the Pomona Organic Farm as a new teaching and learning resource. His popular works include the books Roadside Geology of Hawai'i, Volcanoes: Global Perspectives (with co-author Jack Lockwood), and numerous national park publications. In the early 1990s, he
also played a leading role in developing the 26-part Annenberg telecourse Earth Revealed for public television, broadcast internationally, and has led field trips for interested parties to study the volcanoes of southern Italy, Russia, and the Island of Hawai'i, where he presently resides.
Recently, he played a key role as a geology team leader for the U.S. Geological Survey, closely monitoring and documenting the 2018 eruption of Kilauea volcano. 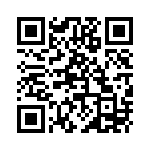