Louis G. Mendoza is Director of the School of Humanities, Arts, and Cultural Studies and Professor of Literature and Cultural Studies at Arizona State University. He is the author of A Journey Around Our America: A Memoir on Cycling, Immigration, and the Latinoization of the U.S. (2012), Conversations Across Our America: Talking About Immigration and the Latinoization of the U.S. (2012), and Historia: The Literary Making of Chicana and ChicanoHistory (2001), as well as the editor of raúlrsalinas and the Jail Machine: My Weapon is My Pen (2006), and the co-editor of Crossing Into America: The New Literature of Immigration (2003) and Telling Tongues: A Latin@ Anthology on Language Experience (2007). He is also the director of a short film based on his researchentitled, A Journey Across Our America: Observations and Reflections on the Latinoization of the U.S. (2010). 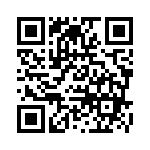