George W. Noblit is Joseph R. Neikirk Distinguished Professor of Sociology of Education (Emeritus) at the University of North Carolina at Chapel Hill. He is the recent recipient of lifetime achievement award (2019) and the Mentoring Award (2017) from Division G of AERA, and the Mary Ann Raywid Award from the Society of Professors of Education (2016). He is an internationally known qualitative research methodologist. He has several books on qualitative methods including: Cultural Constructions of Identity: Meta-ethnography and Theory (Oxford University Press, 2018, co-edited with Luis Urrieta, Jr.); Postcritical Ethnography (Hampton Press, 2004, co-edited with Susana Y. Flores and Enrique G. Murillo, Jr.); Particularities (Peter Lang, 1999); and Meta-Ethnography (Sage, 1988, co-authored with R. Dwight Hare). He is the founding editor in chief of the Oxford Research Encyclopedia of Education. 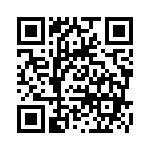