Thomas Spear is Professor of African History Emeritus at the University of Wisconsin-Madison, where he was also Director of the African Studies Program and Chair of the History Department. He is a leading scholar of pre-colonial and East African history, and has published a number of books and articles on the subject, including The Kaya Complex: A History of the Mijikenda Peoples of the Kenya Coast to 1900 (1978); Kenya's Past: An Introduction to Historical Method in Africa (1981); The Swahili: Reconstructing the History and Language of an African Society, 800-1500 (with Derek Nurse, 1985); Mountain Farmers: Moral Economies of Land and Agricultural Development in Arusha and Meru (1997); Being Maasai: Ethnicity and Identity in East Africa (ed. with Richard Waller, 1993); and East African Expressions of Christianity (ed. with Isaria Kimambo, 1999). He has received fellowships from the John Simon Guggenheim Foundation as well as the National Endowment for the Humanities, the Social Science Research Council, and the American Council of Learned Societies; served as editor of the Journal of African History; and taught at La Trobe University and Williams College. 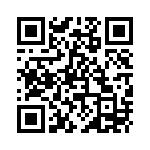