Susan Sprich received her BA from the University of Pennsylvania and her PhD in Clinical Psychology from The University at Albany, State University of New York. She completed her training at Massachusetts General Hospital (MGH)/Harvard Medical School (HMS). She is the Director of the Cognitive-Behavioral Therapy Program at MGH. She is an Assistant Professor in Psychology at HMS. 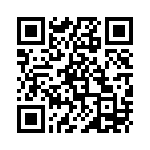