Keith Thomson is Professor and Director of the Oxford University Museum of Natural History. He writes a regular column for American Scientist, and has published over 200 scientific and popular articles. Publications also include Treasure on Earth (Faber 2002), The Common But Less Frequent Loon(Yale, 1996--nominated for national book award), and The Watch on the Heath (under preparation with HarperCollins). 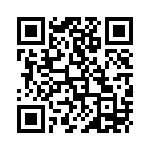