Ali Rattansi is a prolific writer on race, postcolonialism, orientalism, and cultural imperialism. Currently Visiting Professor of Sociology at City University, London, he has spent his entire academic career studying the concept of racism. His publications include Racism, Modernity andIdentity: On the Western Front co-edited with S. Westwood (1994); 'Race', Culture and Difference with James Donald (1992); and Racism and Anti-racism: Inequalities, Opportunities and Policies with P. Braham and R. Skellington (1992). 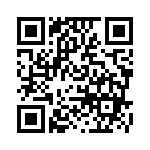