This book is very good overview of the history and origin of the continental tradition with an inspiring vision of continental thought in action. It reaches a high point in chapter 6 with an apology ... Read full review

Simon Critchley is Hans Jonas Professor of Philosophy at the New School for Social Research, USA. He also teaches at Tilburg University and the European Graduate School. His many books include Very Little... Almost Nothing, Infinitely Demanding, The Book of Dead Philosophers, The Faith of the Faithless, and, most recently with Tom McCarthy, The Mattering of Matter Documents from the Archive of the International Necronautical Society. A new work on Hamlet called Stay, Illusion! was published in 2013 by Pantheon Books, co-authored with Jamieson Webster. Simon is the series moderator of 'The Stone', a philosophy column in The New York Times, to which he is a frequent contributor. 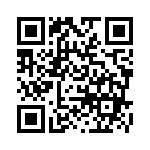