Christopher Harvie and Colin Matthew were both brought up and educated in Edinburgh. Harvie went via the Open University to become Professor of British and Irish Studies at Tübingen in Germany, becoming a historian of modern Scotland and North Sea oil; from Oxford, Matthew edited the Gladstone Diaries, wrote an award-winning life of the Victorian statesman, and became Editor of the New Dictionary of National Biography in 1992. Colin Matthewdied in 1999. 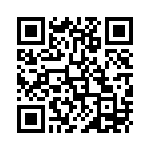