Gordon Campbell is Professor of Renaissance Studies at the University of Leicester. The subject of classical art and archaeology is the focus of his principal interests: classics, art history and the reception of the classical world. His classical interests are by origin linguistic (he is registered as a teacher of ancient Greek and has long worked with Latin materials) and literary (he has taught Greek and Roman drama), and include visits to many archaeological sites and museums throughout the Greek and Roman worlds. As an art historian he has written widely on Renaissance art and architecture (notably in his Oxford Dictionary of the Renaissance), and in that capacity has developed an informed understanding of the transmission of classical art to later periods. He has published widely on many disciplines, including literature and history as well as art, and has a wealth of editorial experience, much of it for OUP, for which he has edited both journals and reference books, of which the most recent is Renaissance Art and Architecture (2004). His scholarly work has been recognized by the award of a D. Litt from University of York and an honorary doctorate from University of Bucharest, by his election as a Fellow of the Royal Historical Society, a Fellow of the Royal Asiatic Society and as a Corresponding Fellow of the South African Society for Medieval and Renaissance Studies. 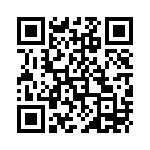