Ivan Kruh, PhD, is the Director of Forensic Services at the Child Study and Treatment Center (CSTC) in Tacoma, WA. He conducts pre-adjudication evaluations of juveniles (such as, competence to stand trial, mental state at the time of offense, and future violence risk), as well as provides compentency remediation services to juveniles. He has offered scholarly publications and presentations about empirical findings and practice issues that have emerged from this work. He is also a Clinical Assistant Professor in the Department of Psychiatry and Behavioral Sciences at the University of Washington, where he directs a post-doctoral fellowship in juvenile forensic psychology. In various contexts, he has provided training about the legal, clinical, and psycholegal aspects of conducting juvenile forensic evaluations to clinical trainees, seasoned clinicians, researchers, administrators, attorneys, and judges for almost ten years.
Thomas Grisso, PhD, is Professor, Director of Psychology, and Director of Law and Psychiatry Program at the University of Massachusetts Medical School. His research has examined the application of psychological assessment to questions of legal competencies, and application of clinical and developmental psychology to law, policy, and practice in juvenile justice. Among his ten books are Evaluating Competencies (1986, 2003), Forensic Evaluation of Juveniles (1998), Youth on Trial (2000, edited with R. Schwartz), and Double Jeopardy: Adolescent Offenders with Mental Disorders (2004). He has received the American Psychological Association's award for Distinguished Contributions to Research in Public Policy (1994), an honorary Doctor of Laws degree from the John Jay College of Criminal Justice, City University of New York (1998), the American Psychiatric Association's Ray Award (2005), and the U.K.'s Royal College of Psychiatrists Honorary Fellow Award (2006). He has received the American Board of Professional Psychology's Award for distinguished contributions (2002) and currently is Executive Director of the American Board of Forensic Psychology. 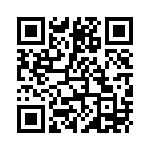