The Ngwenyama Kings still exist in this world RSA, Royalty lives in our blood which is why everywhere we go we are recognized as Kings or leaders. for the likes of 'the late Samson Mthakathi Ngwenyama, my grandfather. We need to follow our culture according to history as Black people

Henry Louis Gates, Jr. earned his MA and PhD in English Literature from Clare College at the University of Cambridge, and his B.A. summa cum laude in English literature from Yale University. Before coming to Harvard (where he served as Chair of the African American Studies Department from 1991 to 2006), he taught at Yale, Cornell, and Duke. His grants and honors include a MacArthur Foundation "genius grant," the George Polk Award for Social Commentary, Time Magazine's "25 Most Influential Americans" list, a National Humanities Medal, election to the American Academy of Arts and Letters, the Jefferson Lecture, a Visiting Fellowship at the School of Social Science at the Institute for Advanced Study at Princeton, and 44 honorary degrees. Dr. Gates is the author of several works of literary criticism and is the Editor in Chief of the Oxford African American Studies Center, Series Editor of the Collected Black Writers series and of the Oxford W. E. B. Du Bois, and served as Editor in Chief with Evelyn Brooks Higginbotham for African American Lives. He was recently named the Alphonse Fletcher University Professor at Harvard.

Kwame Anthony Appiah earned his BA and PhD in Philosophy from Cambridge. Before coming to Princeton, he taught at Yale, Cornell, Duke and Harvard and lectured at many other institutions in the United States, Germany, Ghana and South Africa, as well as at the École des Hautes Études en Sciences Sociales in Paris. Dr. Appiah has published widely in African and African American literary and cultural studies, and has previously served as Editor in Chief with Henry Louis Gates Jr. for the Dictionary of Global Culture and the Encarta Africana CD-ROM encyclopedia, which became the basis for the encyclopedia Africana published by OUP. 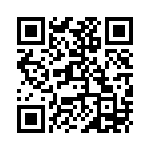