Robin Dunbar is Professor of Evolutionary Psychology at the University of Liverpool and has held fellowships at the Universities of Cambridge and Stockholm. He has been praised for 'writing that is dizzyingly multi-disciplinary but shows great generosity to the ordinary reader' (Guardian). His books include The Trouble with Science (1995), 'an eloquent riposte to the anti-science lobby' (Sunday Times), and Grooming, Gossip and the Evolution of Language, praised as 'brilliantly original' and 'a delight to read' (Focus).
His main research interests are the evolution of the mind, and the social systems of human and non-human primates; he has carried out field studies of monkeys and antelope in East and West Africa, and of wild goats in Scotland. He is a Fellow of the British Academy and in June 2003 he led a team of academics which won the largest single grant ever awarded by the British Academy, to research what it means to be human.
Louise Barrett has a PhD in Anthropology from University College London, and is an Associate Professor in the Department of Psychology, University of Lethbridge. She conducts research on the ecology and development of social cognition of baboons and vervet monkeys in South Africa, and the development of social cognition in human children in the UK and South Africa. She is the co-author (with Robin Dunbar and John Lycett) of "Human Evolutionary Psychology" and "Evolutionary Psychology: a Beginner's Guide". 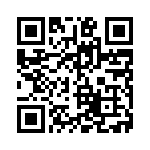