The Oxford companion to classical civilization

In 1996, Oxford published the third edition of its excellent resource, The Oxford Classical Dictionary. The goal of this new volume is to appeal to a wider audience by making some changes in the way ... Read full review

Dr Simon Hornblower is Senior Lecturer in Greek, Latin, and Ancient History at University College London. He is Co-Director, with M. H. Hansen, of the Copenhagen Polis Centre.

Dr Antony Spawforth is Senior Lecturer in Ancient History and Greek Archaeology at the University of Newcastle upon Tyne, where he is also Curator of the Shefton Museum. He is also a well-known presenter of television programmes on archaeological and classical subjects in the continuing BBC series `Ancient Voices'. 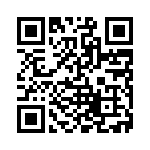