A very based telling of Medieval History

Robert E. Bjork is Foundation Professor of English and Director of the Arizona Center for Medieval and Renaissance Studies (ACMRS) at Arizona State University. He was General Editor of Modern Scandinavian Literature in Translation from 1984 to 1994; Co-Editor of Studies in Scandinavian Literature and Culture from 1992 to 2001, and has been Director and General Editor of Medieval and Renaissance Texts and Studies (ACMRS) and General Editor of Arizona Studies in the Middle Ages and Renaissance since 1996. He's been a Visiting Fellow at St Catharine's College, University of Cambridge, and a Visiting Professor of English at UCLA. His published work includes translations of five books on Old English Poetry and seven modern Swedish novels. He was President of the International Society of Anglo-Saxons 2002-3, and is a Corresponding Fellow of the English Association and Chair of the Medieval Academy of America's standing committee on Centres and Regional Associations. 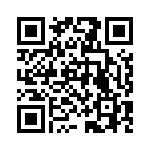