Dr Michel is also a full board member of the French Academy of Medicine and has received an IAGG World Award for his life-time and global achievements in Geriatrics. He is an ongoing World Health Organization expert for the 'Aging and Life course' program, and contributed to the 1st WHO report on
Healthy Ageing in 2015. He has also authored 430 peer reviewed papers and numerous book chapters.

B Lynn Beattie is Professor Emeritus, Division of Geriatric Medicine, Department of Medicine, UBC. Her current clinical interest is practise at the UBC Hospital Clinic for Alzheimer Disease and Related Disorders (UBCH CARD) where she is the Medical Director. She is on the Board of the Alzheimer
Society of Canada as Chair of the Research Policy Committee and has completed two terms as Secretary Treasurer of C5R, the Consortium of Canadian Centres for Clinical Cognitive Research. Professor Beattie also started and was the first Head of the Division of Geriatric Medicine at UBC, initially
based at Shaughnessy Hospital and in later years at Vancouver Coastal UBC/VGH. She was Director of the Clinic for Alzheimer's Disease and Related Disorders from its inception until 2005, and again from 2009 to date, and is Past President of the American Geriatrics Society and the Canadian Geriatrics
Society.

Professor Finbarr C. Martin trained in geriatric medicine at Hammersmith Hospital, London, and was appointed consultant physician in general and geriatric medicine at St Thomas' Hospital in 1984. He has worked in a broad range of services for older people in acute hospitals and in community
settings. He has led national audit programmes on falls and fragility fractures, and is co-chair of the DH funded but clinically led National Hip Fracture Database. He was the elected president of the British Geriatrics Society between 2010 and 2012.

Dr Jeremy Walston is a professor of medicine at the Johns Hopkins University School of Medicine. His area of clinical expertise is geriatric medicine. At the Johns Hopkins School of Medicine, Dr Walston is co-director of the Biology of Healthy Aging Program in the Division of Geriatric Medicine and
Gerontology as well as deputy director of the division, and the Raymond and Anna Lublin Professor of Geriatric Medicine. Dr Walston plays a leading role in setting the national ageing research agenda through his leadership and participation in committees of the American Geriatrics Society and on
study sections and review panels for the National Institute on Aging. He has won numerous awards for his research, including the American Geriatrics Society New Investigator Award, a Brookdale National Leadership Fellowship and Paul Beeson Physician Faculty Scholars recognition. 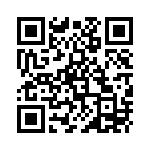