Ashish Rajadhyaksha is a film historian and film curator. He is the co-author of the Encyclopaedia of Indian Cinema (with Paul Willemen, London: British Film Institute, 1994/1999), and author of several books on the Indian cinema. He has curated major exhibitions and film festivals, You Don't Belong, Film season of 35 Indian films in Beijing, Shanghai, Guangzhou, Kunming and Hong Kong (2011), the exhibition "Memories of Cinema" at the IVth Guangzhou Triennial (2011) and co-curated (with Geeta Kapur) the exhibition "Bombay/ Mumbai 1992-2001," a part of the exhibition Century City: Art and Culture in the Modern Metropolis, Tate Modern (2002). He has held fellowships and been visiting faculty at the University of Chicago, the Lingnan University, Hong Kong, the Korean National University of Arts and the National University of Singapore. 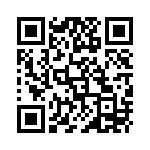