Anthony Arnull holds the Barber Chair of Jurisprudence at the University of Birmingham. He has specialized in the law of the European Union for over 30 years and worked at the European Court of Justice in Luxembourg from 1989-92. His publications include The European Union and its Court of Justice
(OUP, 2nd ed, 2006), Continuity and Change in EU Law: Essays in Honour of Sir Francis Jacobs (ed, with Piet Eeckhout and Takis Tridimas) (OUP, 2008), and The Oxford Handbook of European Union Law, (OUP, 2015), with Damian Chalmers. He has given evidence to a number of UK Parliamentary Select
Committees and acted as Specialist Adviser to the House of Lords EU Committee. In 2013-14, he served as an output assessor on the Law Sub-Panel for the 2014 Research Assessment Exercise (REF). 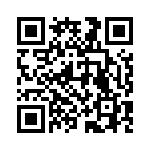