Alain Goriely joined the Department of Mathematics at the University of Arizona shortly after receiving his Ph.D. from the University of Brussels. In 2010, he moved to the University of Oxford as the Chair of Mathematical Modelling. He is currently the Director of the Oxford Centre for Industrial and Applied Mathematics. At the scientific level, he is an applied mathematician with broad interests in mathematics, mechanics, sciences, and engineering, which led him to collaborate closely with researchers from many disciplines. His current research includes the mechanics of biological growth and its applications to plants and physiology; the modelling of new photovoltaic devices; the foundations of elasticity; the modelling of cancer; the mechanics of the human brain; and more generally the development of mathematical methods for applied sciences. 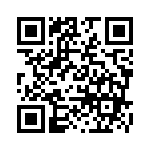