Professor Owen Barr is Professor of Nursing and Intellectual Disabilities at Ulster University. He commenced his nursing career as Registered General Nurse before undertaking his Registered Nurse Learning Disability education and later his Community Nursing Course: Learning Disabilities. He has worked in a number of hospital and community nursing posts in intellectual / learning disability services in England and Northern Ireland before entering nurse education. 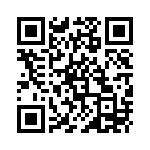