Professor Natasha Lindstaedt is Professor of Government at the University of Essex where she directs the International Development Studies Program and teaches modules in international development as well as the politics of the Middle East, Asia, Latin America and Africa. She specializes in authoritarian politics, state failure, corruption and democratization.

Dr Erica Frantz is Assistant Professor in Political Science at Michigan State University. She studies authoritarian politics, with a focus on democratization, conflict, and development. She is particularly interested in the security and policy implications of autocratic rule. 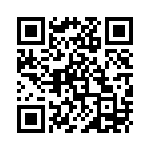