Peter Singer is Ira W. DeCamp Professor of Bioethics in the University Center for Human Values at Princeton University, a position that he now combines with the position of Laureate Professor at the University of Melbourne. An Australian, in 2012 he was made a Companion to the Order of Australia,
his country's highest civilian honor. His books include Animal Liberation (1975; Bodley Head, 2015), Practical Ethics (1979; CUP, 2011), The Life You Can Save (Picador, 2010), and The Most Good You Can Do (Yale University Press, 2015). 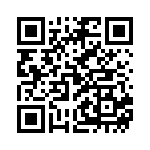