Natalia Price is a Consultant Gynaecologist and Urogynaecologist at the John Radcliffe Hospital, part of the Oxford University Hospitals Trust. She was the top graduate at the National Medical University of Ukraine and enrolled in the Golden Book of Honour, then became a Member of the Royal College of Obstetricians and Gynaecologists in 2006. She has been involved in developing national clinical standards and guidelines, and conducts academic research alongside her clinical work.


Helen Jefferis is a Local Consultant Gynaecologist at the John Radcliffe Hospital, Oxford. After graduating from Imperial College London, she went on to be awarded the Prize Medal by the MRCOG in 2012. She has been involved in developing local guidelines and co-founded a group that provides coaching and mentorship to ST2-5s through MRCOG. She has been published widely in addition to her clinical work. 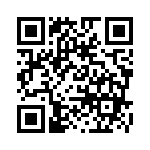