Robert Sutcliffe developed an interest in hepato-pancreaticobiliary surgery during a period of clinical research that he spent at King's College Hospital, London before starting higher surgical training. Dr Antoniades qualified in London in 1998 and completed medical SHO training prior to obtaining a gastroentrology specialist registrar training post in North West Thames. Between 2002-2005 he was a research fellow at the Institute of Liver Studies, King's College Hospital, and completed a thesis evaluating monocyte/macrophage dysfunction in acute liver failure syndromes. In 2007-2008, he completed the pan London training fellowship in hepatology. His current research interests include monocyte/macrophage function in liver diseases. Rahul Deshpande studied undergraduate medicine and completed his postgraduate surgical residency at the GS Medical College and King Edward VII Memorial Hospital Bombay. He subsequently completed his surgical rotation in the Southeast Thames region, specialising in Hepatobiliary Surgery. He gained his specialist experience at King's College Hospital, North Manchester General Hospital and Royal Marsden Hospital. His chief interests are hepatobiliary oncology and complicated pancreatitis.
Olga Tucker completed her surgical training in various locations in Ireland before moving to Birmingham in 2007, where she is now a Consultant Surgeon and Senior Lecturer at the University of Birmingham and University Hospital Birmingham Foundation Trust. She is the author of numerous journal articles and several book chapters, and is currently working towards a Postgraduate Certificate in Effective Learning and Teaching in Higher Education. She has a special interest in upper gastrointestinal and minimally invasive surgery. Nigel Heaton qualified from King's College Hospital School of Medicine and Dentistry in 1978 before working in a variety of posts in general surgery and urology. He was worked as Consultant Surgeon at the Liver Transplant Surgical Service at King's College Hospital since 1993, and has written numerous journal articles. 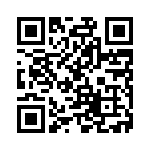