Wierd typo: the author asserts that journeys that would have taken days w/out a car, take but minutes w/ the car. He meant "hours", and the editor should have caught it. Also, "slip over" was maybe ... Read full review

David Hand is Professor of Statistics at Imperial College, London, where he is head of the Statistics Section in the Mathematics Department and head of the Mathematics in Banking and Finance Programme of the Institute for Mathematical Sciences. His most recent book is iInformation Generation:How Data Rule Our World/i. He launched the journal iStatistics and Computing/i, and has been elected President of the Royal Statistical Society for 2008 and 2009. He was elected an Honorary Fellow of the Institute of Actuaries in 1999 and a Fellow of the British Academy in 2003. He has receivedvarious awards and prizes for his research, and acts as a consultant to a wide range of organisations, including governments, banks, pharmaceutical companies, manufacturing industry, and health service providers. 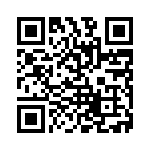