One of my favorite dictionaries to browse: a quote for every occasion, a saying for every mood. There's an enormous selection here, covering everything from pop culture to religion and literature with a very useful index system. Read full review

The Oxford dictionary of quotations

In one of his elegies, Rilke proclaimed, "Who has not sat nervously before the stage curtain of his heart." In a short story, Anton Chekhov wrote, "If a lot of cures are suggested for a disease, it ... Read full review 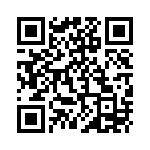