Peter E. Nathan, PhD, received his PhD in Clinical Psychology from Washington University in 1962. After spending two years as a research fellow, he then joined the Harvard psychiatry service at Boston City Hospital. In 1969, he became a Professor of Psychology and Director of Clinical Training at Rutgers University, later serving as Henry and Anna Starr Professor and Director of the Rutgers Center of Alcohol Studies. In 1990 he accepted the position of Provost and Distinguished Professor of Psychology at the University of Iowa and became Emeritus in 2007. 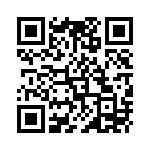