Finished Persuasion tonight on the drive home from work listening to the Audible version. My first encounter with Jane Austen, with the exception of getting about 4 pages in on Sense and Sensibilty a ... Read full review

A nice quote showing Anne's astute observation of the relationship between Admiral Croft and his wife by describing what happens when the Admiral takes her for a drive: "But by coolly giving the reins ... Read full review

Deidre Shauna Lynch is the author of The Economy of Character: Novels, Market Culture, and the Business of Inner Meaning (1998) and editor of Janeites: Austen's Disciples and Devotees (2000). an anthology of critical essays on the history of Austen's readerships. 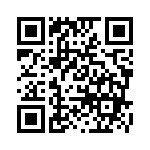