ITS useful for me

i hate this could not find my word angry face grr

Simon Hornblower is a Senior Research Fellow in Classical Studies at All Souls College, Oxford. Antony Spawforth is Professor of Ancient History at the University of Newcastle. Esther Eidinow is Reader in Ancient Greek History at Newman University College in Birmingham. 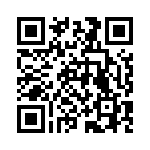