Sue Woodward has worked in neurosciences nursing since she qualified in 1988. In 1996 she successfully completed an MSc in clinical neuroscience from the Roehampton Institute, University of Surrey, and following this she was appointed to a lecturer/practitioner post in neurosciences jointly between King's College Hospital and the Florence Nightingale School of Nursing and Midwifery, King's College London. Sue became a full-time lecturer in 1999, is currently programme leader for critical care post-qualification education and has developed and leads a new MSc in Neuroscience Care. She has completed a four-year term as head of department for specialist and palliative care, and is now part-way through PhD studies. She has been co-opted onto the Royal College of Nursing Neurosciences Forum committee and has been Editor-in-Chief of the British Journal of Neuroscience Nursing since its inception in April 2005.
Cath Waterhouse works as a clinical educator in the neuroscience unit at the Royal Hallamshire Hospital, Sheffield. She has a clinical base in the neuro ITU unit, and runs the post-basic neuroscience course. Cath has more than 30 years of experience in neuroscience nursing, and has special interests in both intensive care nursing and head injury. Cath currently chairs the RCN Neurosciences Forum Committee. 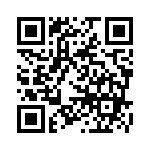