Leslie Holmes is Professor of Political Science and Deputy Director of the Contemporary Europe Research Centre at the University of Melbourne. He has researched communism and post-communism for almost forty years. He is the author of The Policy Process in Communist States, Politics in theCommunist World, The End of Communist Power, Post-Communism, and Rotten States'. 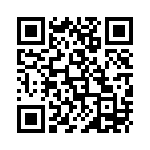