\
Professor John Camm qualified in 1971. He worked at Guy's Hospital before working at St. Bartholomew's Hospital, London. In 1986 he moved to St. George's Hospital Medical School in London as Professor of Clinical Cardiology (British Heart Foundation). Professor Camm was elected the Chairman of Medicine in October 1990, a post rotated from in 1995. He is now the Chairman of the Division of Cardiac and Vascular Sciences at St. George's University of London. His major speciality is cardiac arrhythmias but he is also much involved in clinical cardiac electrophysiology, cardiac pacemakers, risk stratification in post myocardial infarction, heart failure and cardiomyopathy patients. He has a major interest in cardiovascular safety of cardiac and non-cardiac drugs. John has given over 1500 lectures to national and international audiences, written more than 1000 peer review papers and over 250 detailed reviews. He has authored and edited numerous books. Professor Thomas Lüscher, Chairman of the Department of Medicine and Cardiology at Zurich
is the new Editor-in-Chief of the European Society of Cardiology flagship peer review journal, European Heart Journal. He has held many successful positions with the ESC including chairing the ESC Working Group on Coronary Circulation, the Congress Programme Committee 2002-3 and has equally been the Vice-President of the ESC Working Groups for two years. He turned to cardiology at 24 after witnessing a case of Sudden Cardiac Death in his father's office, is not only an interventional cardiologist but also a keen researcher studying the genetics of atherosclerosis in animal models and the role of endothelial as well as inflammatory cells in vascular dysfunction and coronary occlusion. He is involved in multicentre studies looking into the mechanisms of new drugs on vascular dysfunction in Zurich or stents that attract stem cells as proof-of-concept trials with limited patients.
Patrick W. Serruys is Professor of Interventional Cardiology at the Interuniversity Cardiological Institute of the Netherlands (1988-1998), and the Erasmus University. Since 1980 he has been Director of the Clinical Research Program of the Catheterization Laboratory, Thoraxcenter, Erasmus University, Rotterdam, The Netherlands and since 1997 the Head of the Interventional Department, Heartcenter Rotterdam. He is a Fellow of the American College of Cardiology and a Fellow of the European Society of Cardiology and scientific council of the International College of Angiology. He is the author or coauthor of over 1400 papers and editor or coeditor of 32 books, and a member of 14 Editorial Boards of Scientific Journals. 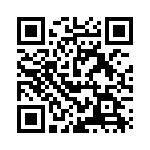