His publications include Granville Barker and the Dream of Theatre (CUP, 1985), Plays by Harley Granville Barker (CUP, 1987), Looking at Shakespeae: a visual history of twentieth-century performance (CUP, 1993, 2nd edn 2001), Foreign Shakespeare (CUP, 1993). His own plays have been performed in New York, London and at regional theatres in the US. 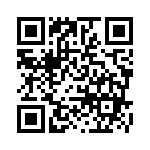