The most remarkable thing about this book is that it has actually been written and published. Just a decade ago a book with a title of “Astrobiology” would have been squarely relegated to the science fiction section of the bookstore. Granted, we still haven’t found any signs of alien life, but our understandings of the origin and diversity of life on Earth, conditions in various parts of the Solar System, and the prevalence of potentially habitable worlds in our galaxy have grown almost exponentially over the past ten years or so. That’s why our speculations about extra-terrestrial life are now concrete enough that we can make some very reasonable guesses and estimates.
Even though the title of this book is Astrobiology (i.e. the study of life outside of the earth), most of the book dedicated to our understanding of the conditions and processes on Earth itself that had lead to emergence of life. Even though the kind of life that we are most familiar with on Earth might be very atypical of the life in the rest of the universe, the sheer diversity of physical conditions under which earthly life has been capable of thriving gives us hope that we can possibly find life under similar conditions elsewhere. There are, however, certain main conditions that need to obtain for any sort of life that we can conceive of to exist. Most importantly, there needs to be plenty of liquid water, or at least some other liquid substance capable of facilitating organic chemistry. Furthermore, any life that we can conceive of needs to be carbon based, as that’s the only element capable of creating stable molecules of almost infinite complexity. The book then moves on to discussion various planets, moons and other objects in the Solar System, and examines which one of them could possibly have (or have had) the kinds of conditions required for life. Finally, the book deals with the prevalence of possible life-supporting planets throughout the Galaxy, and gives its own set of estimates for their possible “livability.”
This is a very interesting and well-written book. Anyone with an even cursory interest in anything to do with space and space exploration will find a lot of fascinating information in here. I’ve actually taught an introductory college Astronomy class a few years ago, but I’ve still found a lot of new information in here that I was not aware of before. Our understanding and information about the universe is constantly and rapidly expanding, and I would not be surprised if the second or third edition of this book, some ten years from now, has plenty to say about the actual discovery of life on other planets. Until then this short introduction should be adequate to slake our thirst for knowledge about space aliens.

David Catling is a Professor of Earth and Space Sciences. After a doctorate at the University of Oxford, he worked as a planetary scientist at NASA's Ames Research Center near San Francisco, from 1995-2001. In 2001, he was appointed as one of the world's first astrobiology professors at the University of Washington in Seattle. From 2005-2008, Prof. Catling was European Union Marie Curie Chair in Earth System and Planetary Studies at the University of Bristol, before returning to Seattle in 2009. He has taught astrobiology courses for over a decade and has published over eighty papers and articles in areas ranging from the geology of Mars, to the biochemistry of complex life, to the co-evolution of Earth's atmosphere and biosphere. 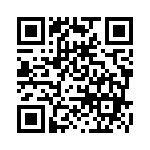