Paul Slack is Emeritus Professor of Early Modern Social History at Oxford University, and author of a classic study of The Impact of Plague in Tudor and Stuart England (Routledge 1985, OUP 1990). He has written books on urban history and poverty in the sixteenth and seventeenth centuries, andessays on the history of disease and the environment over longer periods, and been editor of the journal Past and Present. He is a Fellow of the British Academy and was Principal of Linacre College, Oxford, until his retirement in 2010. 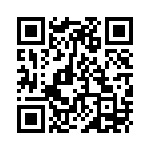