One of the main reasons why I picked up this book was in order to find out more about what I consider to be the modern wars – wars that were, roughly, waged in the recent few decades, and especially the wars that are going on right now or are about to break out soon. However, this book seems to have taken a much more expanded vision of what modern war means. I say “seems” because, despite dedicating a whole chapter on trying to define its subject matter, this book never quite arrives at a conclusive definition. Judging mostly by the wars that were mentioned throughout the book I conclude that in the author’s view “modern” means happening within the last quarter of a millennium or so.
The biggest problem, however, that I have with this book is that it’s not very informative. Sure, there is a lot of talk within its pages about various wars and war-related events, but most of that talk constitutes not much more than the author’s musings and opinions. There is very little concrete hard analysis in this book, and even less hard data and numbers-driven conclusions. Some of the opinions are interesting, some are not, and some are downright tedious. Even though this is a very short book, it was very hard for me to sustain any level of interest while reading it, and I consider myself a history and international affairs buff.
Things get a bit more interesting in the penultimate chapter that largely deals with the “War on Terror.” In fact, in the light of reading that chapter I get the feeling that most of the previous chapters were a bit of an overdrawn and lazily assembled introduction too this subject. However, even this chapter reads more like a really long op-ed piece rather than a detailed and informative scholarly analytical account. The author presents seven main “lessons” or “recommendations” for how counter-terrorist military activity should be conducted, but aside from the appeal to the authority of various scholars and pseudo-experts on this subject, very little of a concrete evidence or well-thought out argument is offered. This chapter is also incredibly tendentious, presenting only one very critical set of views and opinions on this very contentious subject. Some of these opinions will probably resonate with the majority of the readers of this book (as they do with me too), but again, based on the (lack of) supportive evidence presented here they remain just that – opinions. If you’ve kept up on your news analysis over the last decade or so, then there is very little new information that this chapter will offer you.
As I write this review the dominant headlines on all news sources I consult involve the high-stake diplomacy concerning the possibility of another Western involvement in a Middle Eastern war – Syria. It would have been wonderful if we had a short and accessible book that would present hard objective facts about the nature and limitations of the modern wars. A book like that would go a long way to help inform public opinion on some very important policy discussions that affect all of us. Unfortunately this is not a book that would do the job. As history it is vacuous, as an opinion piece it is unremarkable, and as a policy suggestion it is unhelpful. There is hardly anything positive that I can say about it.

Richard English, Bishop Wardlaw Professor of Politics, and Director of the Centre for the Study of Terrorism and Political Violence, University of St Andrews

Richard English is Director of the Centre for the Study of Terrorism and Political Violence, and Bishop Wardlaw Professor of Politics in the School of International Relations, at the University of St Andrews. His books have won numerous Awards and include Armed Struggle: The History of the IRA (2003), Irish Freedom: The History of Nationalism in Ireland (2006), and Terrorism: How to Respond (2009). He has written and lectured widely on political violence, terrorism, nationalism, and religion, and on Irish and British politics and history. He is a Fellow of the British Academy, a Member of Royal Irish Academy, and a Fellow of the Royal Historical Society. 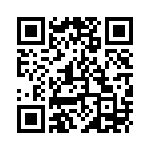