Rochelle Lieber is Professor of Linguistics at the University of New Hampshire. Her interests include morphological theory, especially derivation and compounding, lexical semantics, and the morphology-syntax interface. She is the author of several books including Morphology and Lexical Semantics (CUP, 2004), andIntroducing Morphology (CUP, 2010). She is the co-author, with Laurie Bauer and Ingo Plag, of theOxford Reference Guide to English Morphology (OUP, 2013). 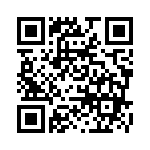