Aziz Sheikh trained in Physiology and Medicine, graduating from UCL, London in 1990 and 1993. After completing his training in general practice, he decided to specialise in the field of epidemiology. He has held academic posts in the Departments of Primary Health Care and General Practice atImperial College, London and Public Health Sciences at St George's Hospital Medical School, London. He has since August 2003 held the post of Chair in Primary Care Research and Development in the Centre for Population Health Sciences at The University of Edinburgh. He is an Honorary Consultant inPaediatric Allergy in NHS Lothian. His major research interest is in studying the epidemiology and primary care management of asthma and allergic disorders, and he has published extensively in this area. Tom Platts-Mills is Professor of Medicine and Microbiology in the School of Medicine at theUniversity of Virginia. He is a graduate of Balliol College, Oxford, and St. Thomas Hospital Medical School. He carried out a fellowship in allergy and immunology at Johns Hopkins University, working in the laboratory of Dr. Kimishige Ishizaka. From 1974-1982, he worked for the Medical ResearchCouncil at Northwick Park and completed his PhD in 1982 at London University. Since 1982, he has been head of the Division of Asthma, Allergy, and Immunology at the University of Virginia. He served as president of the American Academy of Allergy, Asthma, and Immunology (AAAAI) from 2006 to 2007. Hehas researched the immune response to a range of allergens, including those from pollens, dust mites, the fungus Trichophyton, and domestic cats. In 2010, Dr. Platts-Mills was elected as a Fellow of the Royal Society. Allison Worth trained as a nurse and worked in hospital and community settings andas a lecturer in nursing before undertaking a PhD and specialising in qualitative research. She currently manages the Allergy and Respiratory Research Group at The University of Edinburgh. Her research interests are in patient, family and health professional experiences of long-term illness andhealthcare. 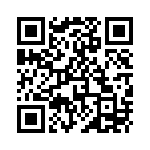