Tom McArthur is an Honorary Fellow of the Chartered Institute of Linguists, London, 2002-, and the founder editor of the quarterly journal English Today (CUP), serving from 1984-2007. He was also Director of the Extra-Mural Centre for English Language Studies at the University of Edinburgh (1979-84), and Associate Professor of English at the Universite du Quebec, Canada, (1979-84). Since 1985 he has been an editor, writer, lecturer, and ELT consultant. He has broadcast with the BBC (UK), CBC (Canada), and ABC (Australia), and has lectured and presented papers in over twenty countries.

Jacqueline Lam-McArthur is a Fellow of the Chartered Institute of Linguists; Chief Moderator for the Diploma in Translation (DipTrans) and the International Diploma in Bilingual Communications (IDBC) at the Institute of Linguists, London; and examiner, marker, and vetter for Chinese (Putonghua/Mandarin and Cantonese) for the Diplomatic Service Language Allowance Examination at the Foreign and Commonwealth Office, London. 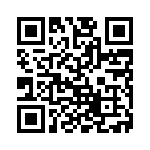