Jeremy Butterfield is an author, language expert, writer, and lexicographer. For many years he worked in senior editorial positions in Collins Dictionaries. He is the author of the popular book on the English language, Damp Squid: The English Language Laid Bare (2009), as well as the Oxford A-Z of
English Usage (2013).

Robert Burchfield (1923-2004) was born in Wangannui, New Zealand. He edited the third and the revised third edition of Fowler's Modern English Usage. His distinguished lexicographical career included a number of key publications: The Oxford Dictionary of English Etymology (1966, with C. T. Onions
and G. W. S. Friedrichsen) and The English Language (1985).

Henry Watson Fowler (1858-1933) worked as a teacher and freelance writer before going to Guernsey to form a remarkably successful writing partnership with his brother Francis. Most notably, the Fowler brothers wrote The King's English, and compiled the first edition of the Concise Oxford Dictionary
(1911). Henry Fowler finished the Pocket Oxford Dictionary in 1924, and Modern English Usage, which made him a household name, in 1926. 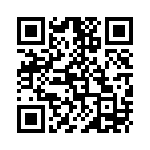