Zola offers up small town politics and a descent into madness fueled by the appearance of a priest with an aversion to bathing and sketchy relatives. It's not my favorite one so far, but still Zola. Read full review

#4 Rougon-Macquart, and not my favorite. This time the topic is half first cousins Marthe Rougon and Francois Mouret, who have been married for 20 or so years and have 3 kids--2 sons and a mentally ... Read full review

Émile Zola was a French writer, the most important exemplar of the literary school of naturalism and an important contributor to the development of theatrical naturalism.

Helen Constantine was Head of Modern Languages at Bartholomew School near Oxford before retiring from teaching in 2000. She is now a full-time translator and editor. Her translations include Paris Tales (OUP, 2004), French Tales (OUP, 2008), Laclos, Dangerous Liaisons (Penguin, 2007), Gautier, Mademoiselle de Maupin (Penguin, 2005), Balzac, The Wild Ass's Skin (OUP, 2012). From 2003-12 she was co-editor of the international magazine Modern Poetry in Translation.

Patrick McGuinness is a poet and novelist whose first novel, The First Hundred Days was shortlisted for the Man Booker Prize in 2011. He has translated Mallarme, edited the works of Marcel Schwob, and written about Huysmans and other French authors. His poetry collections include The Canals of Mars and Jilted City (both Carcanet). 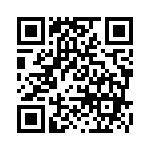