James Crawford is Whewell Professor of International Law and a Fellow of Jesus College in the University of Cambridge and concurrently Research Professor of Law at LaTrobe University. He previously held chairs at Adelaide and Sydney. He is a Senior Counsel (NSW) and also a member of the English bar, practicing from Matrix Chambers. He was the first Australian member of the United Nations International Law Commission and was responsible for the ILC's work on the International Criminal Court (1992-4) and for the second reading of the ILC Articles on State Responsibility (1997-2001). In addition to scholarly work on statehood, collective rights, investment law and international responsibility, he has appeared frequently before the International Court of Justice and other international tribunals, and is engaged as expert, counsel and arbitrator in international arbitration. From 1995-2003 and from 2006-10 he was Director of the Lauterpacht Centre for International Law in the University of Cambridge. 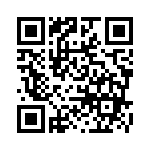