William O'Donohue, PhD, is Professor of Psychology, Adjunct Professor of Psychiatry, and honorary Associate Professor of Philosophy at the University of Nevada, Reno. He is also Director of the Victims of Crime Treatment Center at the university. Dr. O'Donohue has published over 70 books and is an advisor to the DSM-5 Work Group on Sexual and Gender Identity Disorders of the American Psychiatric Association.

Scott O. Lilienfeld, PhD, is Professor of Psychology at Emory University and Associate Editor of the Journal of Abnormal Psychology. He is past president of the Society for a Science of Clinical Psychology, president-elect of the Society for the Scientific Study of Psychopathy, fellow of the Association for Psychological Science (APS), and recipient of the 2013 James McKeen Cattell Award from APS for outstanding career contributions to applied psychological science. 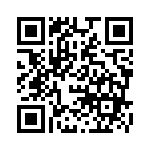