Dr. Kimura received a Bachelor of Technology degree in 1957 and MD in 1961 from Kyoto University in Japan. He moved to the United States as a Fulbright scholar in 1962 for residency training in neurology and fellowship in electrophysiology at the University of Iowa. He taught at the University of
Manitoba in Canada, University of Iowa in the USA, Kyoto University in Japan and Tiantan Hospital in China. He has published more than 500 original articles, 70 book chapters and 10 books in neurology and electrophysiology. He has served as President of American Association of Electrodiagnostic
Medicine (AAEM), Japanese Society of Clinical Neurophysiology (JSCN), Japanese Society of Neurology (JSN), International Federation of Clinical Neurophysiology (IFCN) and the World Federation of Neurology (WFN), and as Editor in Chief of Muscle & Nerve. He holds an honorary membership in 22
national societies of neurology and neurophysiology. His current professional titles include Professor Emeritus, Kyoto University in Japan and Professor of Neurology, University of Iowa in the USA. 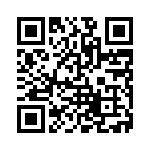