Edward G. Gray is professor of history at Florida State University. His previous books include The Making of John Ledyard: Empire and Ambition in the Life of an Early American Traveler and New World Babel: Languages and Nations in Early America.

Jane Kamensky is Professor of History and Carl and Lily Pforzheimer Foundation Director of the Schlesinger Library at Harvard University. Her previous books include The Exchange Artist: A Tale of High-Flying Speculation and America's First Banking Collapse and Governing the Tongue: The Politics of Speech in Early New England. 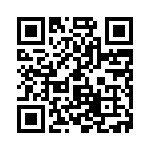