Alan Taylor is Professor of History at the University of California, Davis. He is the two time Pulitzer prize winning author of William Cooper's Town: Power and The Internal Enemy: Slavery and War in Virginia, 1772-1832. He has also written Persuasion on the Frontier of the Early American Republic and The Civil War of 1812: American Citizens, British Subjects, Irish Rebels, & Indian Allies. 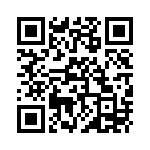