Andrew Preston is Professor of American History at Cambridge University. He is the author of Sword of the Spirit, Shield of Faith: Religion in American War and Diplomacy and The War Council: McGeorge Bundy, the NSC, and Vietnam. He is also the co-editor of Nixon in the World: U.S. Foreign Relations, 1969-1977; America in the World: A History in Documents from the War with Spain to the War on Terror; Faithful Republic: Religion and Politics in the 20th CenturyUnited States; and Outside In: The Transnational Circuitry of U.S. History. 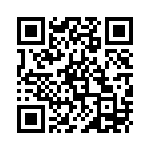