Franklin Knight is the Leonard and Helen R. Stulman Professor of History at John Hopkins University. In 1973, Dr. Knight joined the Hopkins faculty as part of the internationally recognized Atlantic History and Culture Program. Since that time his academic and teaching interests have remained
focused on the politics, cultures and societies of Latin America and the Caribbean as well as American slave systems. He has published numerous books, including The Caribbean: The Genesis of a Fragmented Nationalism, The Modern Caribbean, co-edited with Colin A. Palmer, The Slave Societies of the
Caribbean and Las Casas: An Introduction, Much Abbreviated, of the Destruction of the Indies to name just a few. 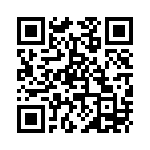