Neera Ghaziuddin, MD, MRCPsych is Associate Professor of Child and Adolescent Psychiatry at the University of Michigan Ann Arbor, appointed to the Faculty in 1992. She directs the Treatment Resistant Disorder clinic and trains future generations of child psychiatrists about the use of electroconvulsive therapy in youth. She has published extensively about ECT and adolescent mood disorders. She is the primary author of the American Academy of Child and Adolescent Psychiatry Practice Parameters for the use of ECT, published in 2004. In 2002 she received the ECT Investigator Award for the paper titled, "The use of electroconvulsive therapy in minors: experience, attitudes of child psychiatrists and psychologists."

Garry Walter MD, PhD is Professor of Child and Adolescent Psychiatry at the University of Sydney and Clinical Director of Child and Adolescent Mental Health Services in Northern Sydney Local Health District, Australia. He is also Adjunct Professor at Dalhousie University, Canada. A child and adolescent psychiatrist, in 2002 he completed a doctorate on ECT in young people. He is the long-standing Editor of Australasian Psychiatry, International Editor-at-Large of the Journal of the American Academy of Child and Adolescent Psychiatry and a member of several other Editorial Boards, including for over a decade the Journal of ECT. He has published over 300 papers and received many prestigious research prizes, including for his studies on ECT, other psychiatric treatments and stigma. In 2012 he was appointed a Member of the Order of Australia by the country's Governor-General for service to medicine in the fields of adolescent mental health, medical education and publishing. 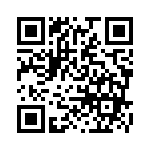